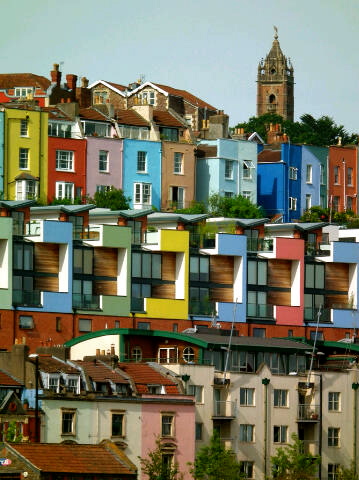 Bristol has been named as the “most musical city” in Britain, ahead of hotspots like Manchester, Liverpool and London.

The city, which is home to the bands Massive Attack and Portishead, came top in a survey by the Performing Right Society (PRS for Music).

According to research by PRS, Bristol has spawned more musicians relative to population size than any other in the UK.

Two other West Country locations made it into the top 20: Cheltenham came in fifth and Swindon was placed 13th.

The PRS used its 65,000-strong database to pinpoint the birthplaces of its members.

These figures were then weighted by population, leaving London at number 26, despite the capital having the most musicians living in it.

Ellis Rich, chairman of PRS, said: “Bristol has been a longstanding contributor to the British music scene, constantly injecting its unique pizzazz of trip-hop and rock bands.

“The city’s culture has always warmed to an eclectic music dynamic, paving the way forward for many of the country’s greatest venues whilst also inspiring a hotbed of music talent.”

Bristol has gained a reputation as one of the UK’s leading producers of both professional and amateur musical talent.

The researchers found that music is “engrained into the culture” of the city, with the Clifton cider pub, the Coronation Tap, being voted the UK Music Pub of The Year for two years running.

Co-presenter of BBC Bristol Introducing, Richard Pitt, said he was not surprised by the findings.

“From the sheer quality of the music we play on the show each week, we’ve always known Bristol was a strong musical city but it’s always satisfying to see the facts bear that out.

“We’re clearly living in one of the great creative centres of the UK, if not the world.”

"There is two kinds of music the good and bad. I play the good kind"
Louis Armstrong.